Sacred Vitality 888 On the inside

Genetic’s is your Gateway Don’t let GMO’s Change you.

Know the importance of your health in conjunction with what we consume. Understand genetics is your gateway to long life and a stable mind, therefore our personal health is the key to unlocking this path.

Genetically Modified Organisms are created by forcing genes from one species, such as bacteria, viruses, animals, or humans, into the D.N.A. Of food crops & even animals to introduce a new trait.

When these GMO’s are consumed by us they begin to change our genetics and pose various health risk.

Some of the effects include infertility, a dysfunctional immune system, an acceleration in the aging process as well as changes in our major organs.

Several Way’s to avoid the consumption of genetically modified organisms:

You would be surprised to learn the amount of products that contain ingredients derived from GMO’s. So that you are now conscious of them, the eight major GM crops are Corn, Soybeans, Canola, Cottonseed, Sugar Beets, most Hawaiian Papaya, and a small amount of Zucchini & Yellow Squash. To increase milk production a majority of cow’s are injected with a growth hormone which is a genetically modified Bovine and may also be fed GM feed in their diet’s. Also, keep in mind if you see “sugar” listed as an ingredient in a Non-Organic product and is not labeled as“Pure Cane Sugar” is an indication of both the genetically modified Sugar Beet & Cane Sugar combined.

Unless from a natural source, organic or declared to be non-GMO, processed food do have ingredients derived from hidden GM sources.

Although you should make a habit of avoiding seedless produce, the good thing about fresh fruits & vegetables is very few of these items have been genetically modified. The same cannot be said about packaged, canned or frozen fruits & vegetables which may contain additives that are genetically modified. With the exception of corn & soy, the variety of pastas, grains, beans & flours being sold today are safe from genetic modification the same goes for herbs & spices as well but be sure to that they’re 100%.

Your wealth is your temple, being aware and taking control of what goes inside of it is a precursor to your ongoing potential. Keeping the blueprint of your genetic code in tact is sacred to your vitality. The fall has passed now it is time to rise so if you are what you eat the real question is do you choose to evolve or devolve?

This entry was posted on April 10, 2013 by sacredvitality888. It was filed under Informative . 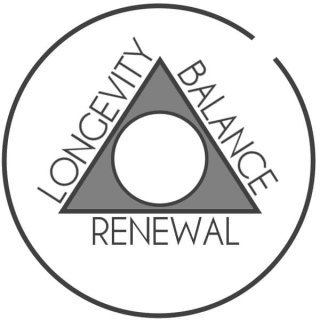